Sept. 23, 2014 LOGAN, Utah – Utah State senior quarterback Chuckie Keeton is one of just 22 college football players, including one of 11 from the Football Bowl Subdivision (FBS) named to the 2014 Allstate AFCA Good Works Team®.

Overall, Keeton is the only player from the state of Utah recognized by Allstate and the American Football Coaches Association (AFCA), and one of just two Mountain West players recognized along with Wyoming senior wide receiver Dominic Rufran.

This prestigious college football award pays tribute to a select group of student-athletes who have worked to positively impact the lives of others. The 22 players honored with this distinct recognition have not only dedicated their time to succeeding on the field, but have made a commitment to enriching the lives of others while contributing to the greater good of their communities.

For more than two decades the Allstate AFCA Good Works Team® has been one of the most esteemed awards in college sports. This summer, the program received a record 182 nominations from colleges and universities across the country. A voting panel comprised of former Allstate AFCA Good Works Team® members and college football media reviewed the nominees in an effort to select 11 players from the NCAA Football Bowl Subdivision and 11 players from the NCAA Football Championship Subdivision, Divisions II, III and the NAIA to comprise the 22-player team.

“Allstate takes an immense amount of pride in working with the AFCA to recognize these student-athletes for their good works that have made a positive impact on communities across the country and, in some cases, across the world,” said Jim Haskins, president of Allstate’s West Territory and a member of the 2014 Allstate AFCA Good Works Team® voting panel. “Allstate is a proud supporter of NCAA football and it is an honor to award these young men for inspiring us all with their character and work ethic both on and off the field.”

Keeton, a 6-2, 200-pounder quarterback from Houston, Texas (Cypress Creek HS) is 51-of-92 passing thus far during his senior season for 426 yards with two touchdowns and four interceptions. He has also carried the ball 20 times for 81 yards with one touchdown.

During his sophomore season in 2012, Keeton set single-season school records for touchdown passes (27), passing yards (3,373), completions (275), completion percentage (.676) and total offense (3,992 yards), while tying the single-game record for rushing yards by a quarterback with 121 yards at Louisiana Tech as he earned first-team all-Western Athletic Conference honors. Off the field, Keeton serves as a football Student-Athletes Advisory Committee (SAAC) Representative providing a voice for his teammates and fellow student-athletes on pending policy and rules changes and other topics the athletic administration seeks feedback on. In 2013-2014 he was a member of the Mountain West SAAC, serving as Utah State’s student-athlete representative.

Keeton is also actively involved in community outreach doing service events with local elementary schools to help celebrate the reading achievements of its students, along with being an active participant with numerous events on campus working with youth and women’s clinics, and raising awareness for such things as cancer, sexual assault and sexual abuse of women.

Allstate and the AFCA are looking to the fans to help determine this year’s 2014 Allstate AFCA Good Works Team® Captain. By visiting ESPN.com/Allstate, fans can learn more about this year’s team members and vote for the player who they feel best embodies the spirit of the Allstate AFCA Good Works Team®. The Team Captain and his fellow award recipients will also be invited to New Orleans to take part in a community project leading up to the 2015 College Football Playoff Semifinal at the Allstate® Sugar Bowl®.

The following players have been selected to the 2014 Allstate AFCA Good Works Team®: 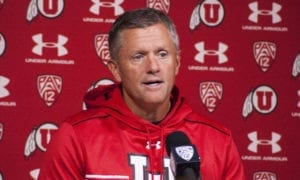 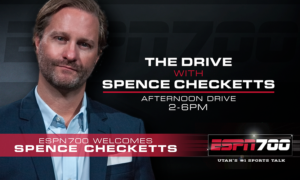